Looking to find other HAM / CB radio operators on-line? You found us! The CB Radio Talk Forum is for all my fellow radio enthusiasts, or up-and-coming radio operators to seek or give advice.

This is the place to post your general tips, or need to have a question on your install here.
Forum rules
Post Reply Previous topicNext topic
9 posts • Page 1 of 1

I would like some ideas on installing a Galaxy dx-949 ,with external freq.counter,and a smaller 300 watt linear in my 2013 Ford f -150,crew cab, there is just no room to put this radio because the center console contains cup holders,center glove box etc. There's no room to side mount on the center console,and no under dash room either.
Was thinking about maybe mounting to the front of the drivers seat which would be directly under my legs,but because of the electric seats and the rails for the seats is going to be a little tricky so it doesn't interfere with the seats back and forth motion( wife is short and seat has to be moved).
The truck has a sun roof so the cab ceiling is a little bit tight. The dash goes directly to the center console with the heat/air,and radio controls,so no room there either.
Also need to find an aestheticly good place to run the ant.coax instead of thru the window which I would not do anyway.
Thoughts? Maybe have it installed professionally?
Wish I would have taken some interior pics so everyone could see the layout of the interior,but could do that on a later post addition.
Any ideas would be appreciated.
Thanx, 3's
bbw
Follow @cbradiotalk

howdy @Bigbadwolfb4u!
I had a buddy that removed his entire glove box and mounted his radio, frequency counter, and is driver there. Regarding your coax. Most trucks have little holes behind seat that you can go out of and into the bed of the truck. That is how I ran my coax on my Chevy Silverado The amplifier can be put anywhere really, because there is only one position in my mind and that is the "On" position. LOL. I also had a remote that I ran from my toolbox to the front where I could control my amplifier...

Can you provide us with some images of your truck? You can upload them here [Please login or register to view this link] and it will give you the BBcode to put them on the forum.
Follow @cbradiotalk 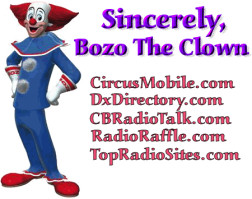 Maybe you need to think of a different radio...I have literally zero room in my Tacoma for a radio, yet I managed to mount a radio, and 1x2 amp inside with no problem, and the set-up does not get in the way of anything!

President McKinley, with a 1x2 Hooper Amp in the back tool box...(the little red rocker switch just to the left of the cigarette lighter turns ON and OFF the amp) 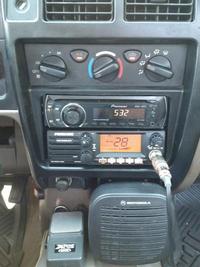 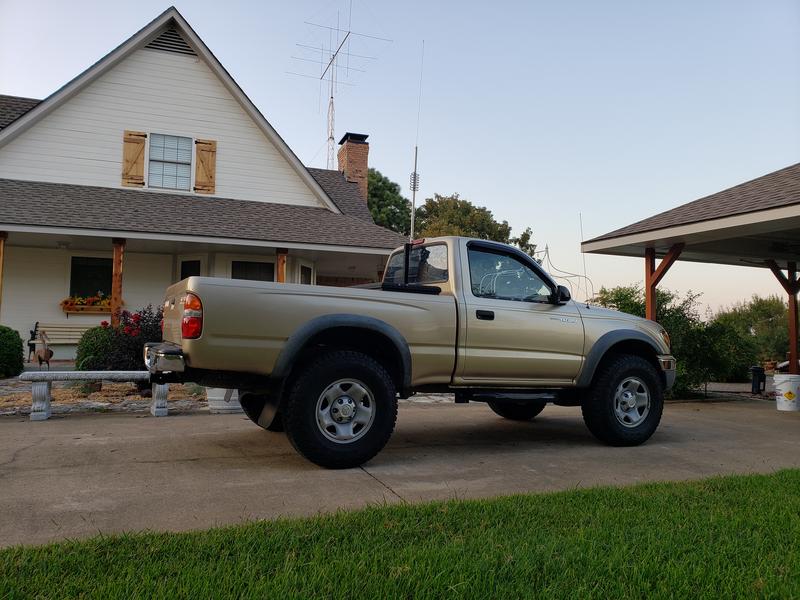 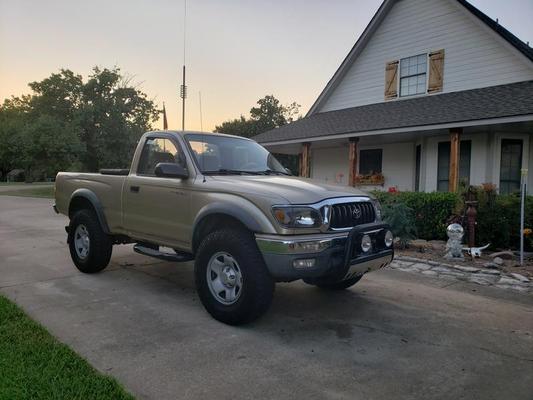 Do not argue with an idiot. He will drag you down to his level and beat you with experience.

@jessejamesdallas does all his own installs...

Just make the passenger change channels for you?

Naa that won't work, especially when I am alone.
I'll figure it out,I really don't want to get rid of the radio as I've done too many mods to it,extra frequencies,unlocked clarifer , custom face,backlites etc .
Follow @cbradiotalk

That's the trouble with modern vehicles... they're not manufactured with two-way radio installations in mind. It's hard to find space for even a small radio these days.
Follow @cbradiotalk

No doubt,which is the problem(s) we are encountering at this time.
Thank you for your reply and ideas in which if I do decide to go with the new radio I'm pretty much stuck with almost the same dilemma regarding the mounting as I don't think I even have room to do an in dash mount because there still isn't any room between the truck radio(am/fm),and the heat/air controller.
Btw,I had seen your post about the swr issue you were having with your own antenna,and wanted to ask if you had considered an antenna tuner to match your radio and antenna to get the lowest swr?
I have a mfj 949E tuner that I use with my base antenna that I am quite happy with because my antenna( Antron A-99) is mounted on a 40 ft tower which with the tuner eleminates having to climb the tower or pivoting the tower down to make adjustments.
The tuner was a bit expensive,but seriously made life a lot easier considering the options.
Take care,"3's)
Bbw
Follow @cbradiotalk

@jessejamesdallas does all his own installs...

Just make the passenger change channels for you?

Do not argue with an idiot. He will drag you down to his level and beat you with experience.

Return to “Mobile / Base Install Help”

It cost money to run a forum and so we would appreciate any anonymous donations made to @cbradiotalk via Venmo.